Halloween is an American feature film of the slasher horror genre. It is a sequel to the original 1978 movie Halloween, which was directed by John Carpenter and written by Carpenter and Debra Hill. The new film is directed by David Gordon Green with a script written by Jeff Fradley, David Gordon Green and Danny McBride. The movie is notable for the return of original "Final Girl", Jamie Lee Curtis, reprising the role of Laurie Strode. The part of Michael Myers, aka "The Shape", is once again played by Nick Castle, who portrayed Myers in the original movie. The film was produced by Blumhouse Productions and Miramax and released through Universal Pictures. It premiered in the United States on October 19th, 2018.

Headhunter's Horror House Wiki has a collection of images related to Halloween (2018). 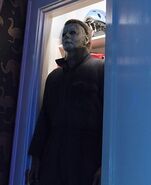 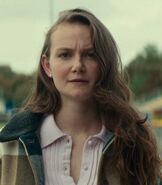 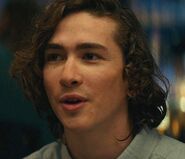 Retrieved from "https://headhuntershorrorhouse.fandom.com/wiki/Halloween_(2018)?oldid=240322"
Community content is available under CC-BY-SA unless otherwise noted.