"Family Business" is the seventh and eighth episodes of season two of the anthology series Femme Fatales and is the twenty-first and twenty-second episodes of the series overall. They were directed by Mark A. Altman and written by Sonny Steelgrave. They originally aired on Cinemax on July 6th, 2012.

A cop enlists the help of her ex to stop a Mafia princess who is trying to take over her father's business and is planning to kill a candidate for district attorney. 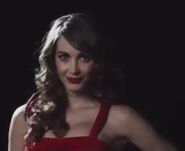 Lilith in a red dress 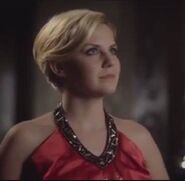 Nicole Ryan in a red dress at a Christmas party 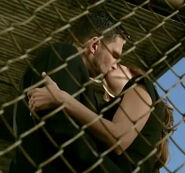 Devlin Grant and Joanne Terranova kissing each other 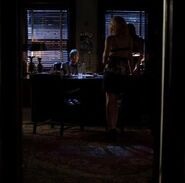 Nicole Ryan talking to David Bannion at his desk

Devlin Grant and Joanne in a hotel room

Devlin Grant dancing, drinking at the bar, taking pills and making a fool of himself

Devlin Grant sitting outside on a wooden box, all alone and with his eyes shut

Devlin Grant, exhausted from all the excitement, lays down his head and sleeps peacefully

Nicole Ryan's stepmother, Alicia, scolds her and Devlin Grant for making so much noise

Devlin Grant tells Alicia to start caring about not only herself, but also her stepdaughter

Nicole Ryan interrupts a conversation between her stepmother and Devlin Grant

In a flashback, Nicole Ryan introduces herself to her roommate Joanne Terranova

Leland Ryan tells his daughter Nicole to take care of herself and wishes her good luck
Community content is available under CC-BY-SA unless otherwise noted.
Advertisement