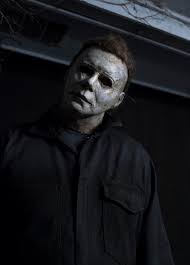 Elusive movement is a preternatural talent often found in media of the horror genre. It refers to an individual, usually an antagonist of supernatural or superhuman bearing, whose effective locomotion defies accepted expectations, and sometimes even the laws of physics. It is used as a classic style trope wherein a would-be victim is fleeing from a killer, and when next they turn around, the killer is right in front of them. It also refers to a person's ability to come and go from certain areas as if time and distance were not factors in their movements. This application of the ability is most commonly found in the Friday the 13th film series. It also relates to the killer's, in this example Jason Voorhees, ability to keep pace with a victim who is running at full speed, even though Voorhees himself is stomping after them at a brisk, but relatively slow pace.

The Halloween film series often makes use of this trope. At the end of the 1978 movie Halloween, Sam Loomis shoots Michael Myers six times, driving him off a balcony, whereupon he falls onto the ground below. In the span of time that it takes Loomis to cross the room and reach the balcony, Myers is gone - with no evidence of where he may have gotten off to.

The Halloween one-shot comic book special by Chaos! Comics pays homage to this scene, but in this scenario, it is Tommy Doyle who drives Michael Myers out a window by setting him on fire. By the time Doyle goes outside to verify that Michael is deceased, the masked killer is gone. The 1998 sequel film Halloween H20: Twenty Years Later likewise pays homage to this storytelling convention.

In the 2018 film sequel Halloween, director David Gordon Green turns the trope on its ear, by making Michael Myers the offending party, with Laurie Strode as the victim who seemingly falls to her doom, only to mysteriously disappear when Michael goes to inspect his handiwork.

Retrieved from "https://headhuntershorrorhouse.fandom.com/wiki/Elusive_movement?oldid=229517"
Community content is available under CC-BY-SA unless otherwise noted.